Celebrating what makes us Ausure

Time is a testament to how good relationships are. If you treat people the right way, they’re more likely to stay in touch. Evidence of friendships and trust that have lasted the test of time can be found in abundance among the Ausure family of AR’s, many of whom have known each other since the inception of Ausure (and AFM) 25 years ago and even far beyond that.

Wayne Brown set up Ausure in 1996 with the first Ausure insurance brokers being Foster Brown (Ausure, NSW), David Paul (Ausure Moree), Tim Dale (Ausure Echuca) and Henri Rasanen (Insure For You Canberra). Wayne worked incredibly hard to build Ausure, he was determined to make it work. Although he always turns the focus on to his early mentors and the stalwart offices, it was Wayne’s “never give up” attitude, passionate human charisma and willingness to help that shone through to make Ausure a success.

Wayne’s sons Trent and Troy Brown were roped in early to help build the business, both bringing their individual vital set of valuable characteristics and expertise, which contributed to the growth and integrity of the business. The business was foundered on old fashioned family values and creating solid professional relationships, something which has been non-negotiable at Ausure since it started. Wayne helped and encouraged many of the Ausure brokers in the early days and if you chat to many, they will acknowledge the role Wayne and Katrina played in supporting them both personally and in their businesses, and forming solid long-lasting friendships.

The focus of Ausure over all these years has been on supporting and helping to grow the businesses of Ausure brokers. We never wanted to be the biggest but we wanted to the best. We wanted to focus on helping existing businesses get bigger, rather than take on too many new branches. Many prospecting businesses were knocked back due to their unsuitability or lack of similar values and some good ones were declined to help protect existing branches in their areas. Ausure has never been a revolving door of brokers and staff leaving. Yes, of course some have come and gone but many have stayed and continued to contribute to the business for the long haul.

The steady growth of the Ausure Group can be attributed to many factors. However, many would say it was built on the credibility and character of Wayne Brown and his founding team in the early days, as well as the enormous contributions of key players in Ausure’s management and staff team over the years. It can also be attributed to the original Ausure brokers, ex Centurion brokers and ex Suncorp brokers, many of whom have formed a solid core and who have been at Ausure for over 12 years now.

There’s been immense change but we’ve always tried to keep the Ausure family feel. When Gill and I arrived in 2008, Ausure’s head office was located in Cardiff, Newcastle. The building was non-descript and low-key but walk through the doors and you’d always encounter a warm, inviting and friendly atmosphere from the staff and management. And in the background, you’d hear various Ausure team members talking to brokers across the country, we were always struck by their friendly supportive attitude. Yes, it was excellent customer service, but it came out of a natural inclination to help, not out of any rule book of what good customer service looked like.

Ausure had around 32 offices then. Troy Brown came on board in April 2009 bringing with him his entrepreneurial spirit, professional expertise, multi-discipline qualifications and visionary aspirations for the Group. Within 6 months, we had merged with Centurion Insurance Brokers and grown to 64 offices across the country. Towards the end of 2009, Suncorp decided to cease its corporate agent network, so 32 Suncorp AR’s joined Ausure, taking our offices to 96 locations. It was rapid growth and involved spending eye-watering sums on the best IT and technology. Then in 2011, we employed Scott McCarthy and he assisted with the purchase of AFM Insurance Brokers. That took the number of offices to just over 120 locations and fortunately we had Scott with his system and broking expertise to handle this further growth, along with his highly professional and dedicated team.

Looking back, it was wild and exhilarating time and of course involved extensive hours and dedication from everyone to support all the new offices onboarding, technology and compliance requirements, but it was worth it!
The insurance industry was starting to take notice as we were growing exponentially. We were also one of the original AR networks and it didn’t take long before others started copying what we were doing. We were continuously adapting and lifting our professional game!

In 2014, Steadfast decided to buy into Ausure and become a major shareholder in the business. This was a major coup for Ausure because it gave us more clout with having a major shareholder behind us. It has made us a bit more corporate but we are pretty much left alone to run and manage the business on a daily basis. It is now a business with robust systems and great pride in our professional approach.

Ausure has been foundered on the good qualities of people. We are exceptionally proud of the staff, insurance brokers and their teams which make up the family of Ausure. Although we’re so much larger and a bit more corporate than we were in the early days, the character of the people has always been what the success of this business has been about.

We’d like to thank EVERYONE involved in making Ausure the success story it is – our founders, authorised representatives and their teams, head office teams and our insurance partners. Although this virus has separated us all over the past two years, we take heart in knowing the spirit of Ausure remains strong. Ausure businesses have worked incredibly hard these past few years, strived to maintain close professional relationships with their clients and most have managed to show increased earnings. This a testament to the tenacity and we are incredibly proud of what everyone in the Group has achieved. It’s been tough but I hope you agree, it’s been wholehearted and worth it. If anyone asks me, who is Ausure and what are you all about, it’s an easy reply: “It’s all about the people, the Ausure staff, the Ausure Branches, Brokers and their staff and the non-negotiable values of family, helping, caring, integrity and honesty that makes Ausure what it is today.”

We have a bright and exciting future ahead of us and we will tackle any challenges together head on. Wishing everyone a Happy New Year. Look forward to reuniting with everyone at our planned events this year.

This article is an excerpt from the Ausure Magazine – Dec 2021

Find out how Ausure can help your business grow

Grow your business. Secure your future. Discover the Ausure Advantage.
Contact our team and check out Becoming an AR of Ausure. 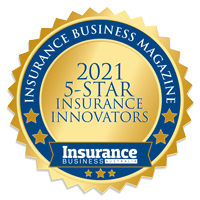 Request a Call Back

Simply enter your details below, and we’ll give you a call right back!